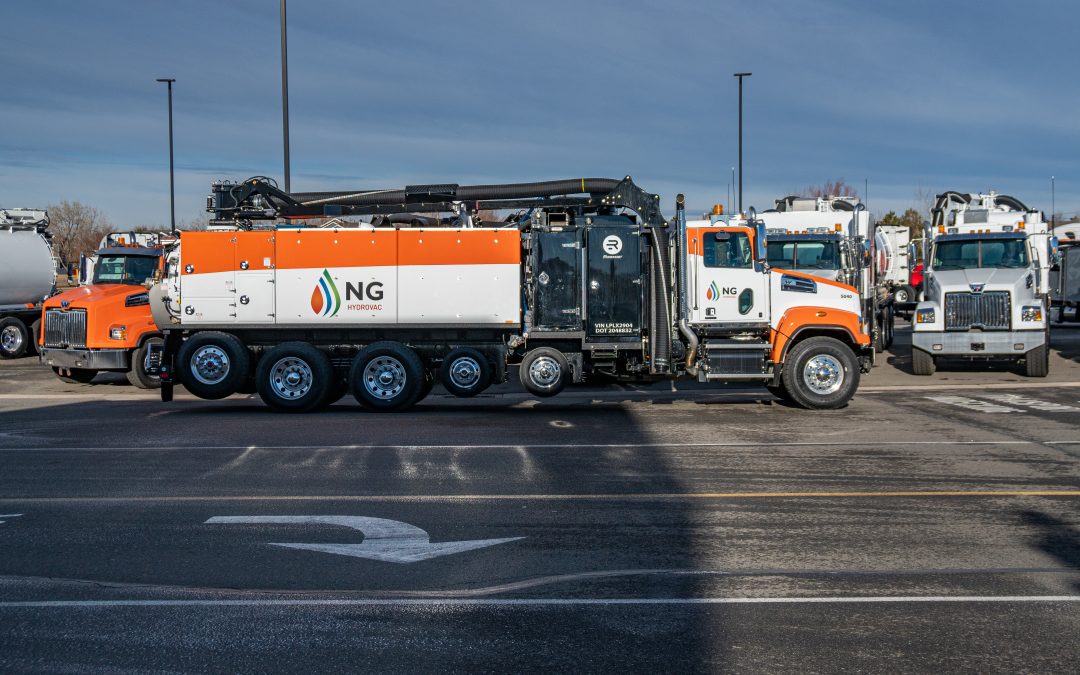 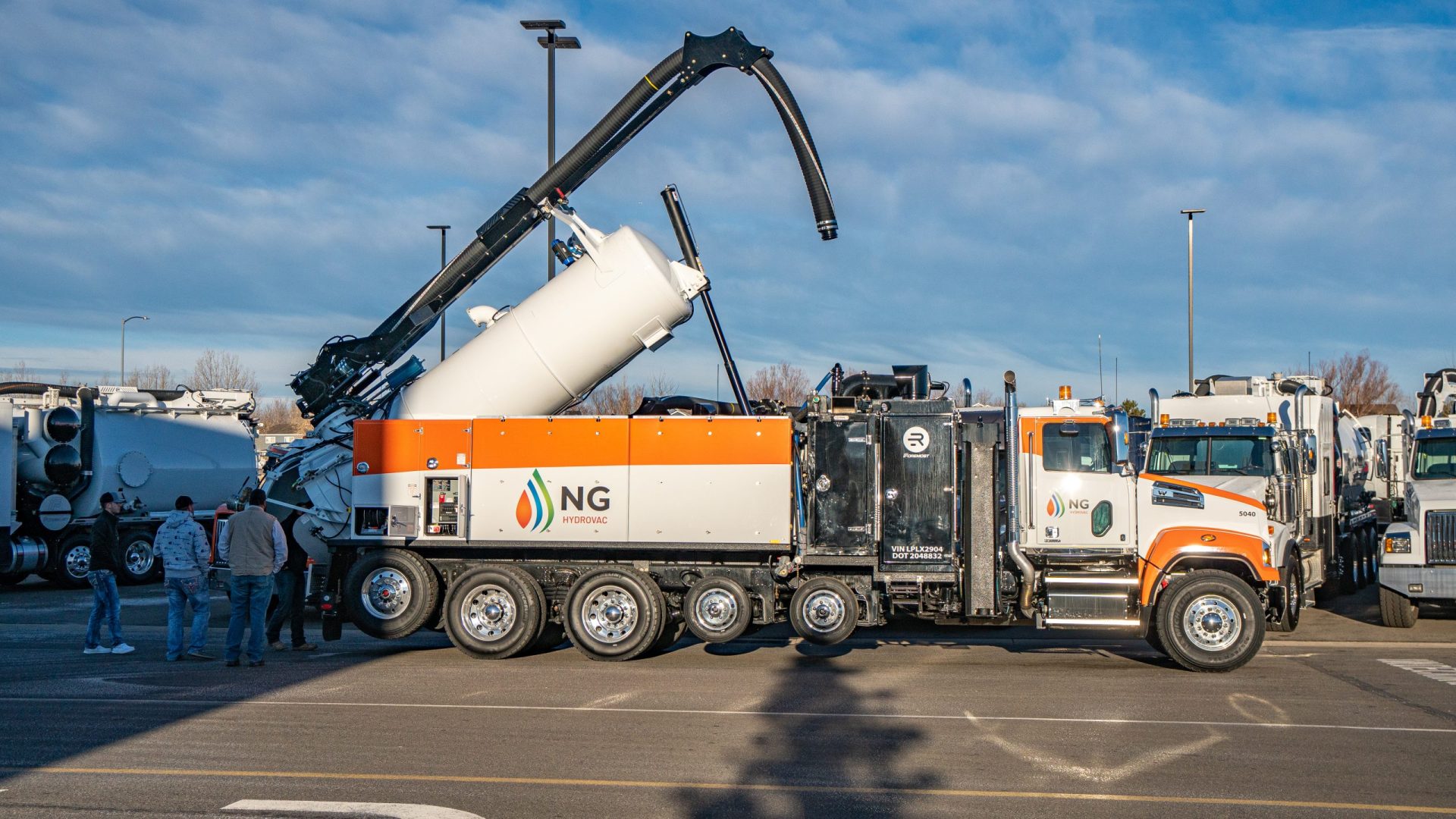 Northern Colorado hydrovac services are a popular option when it comes to moving earth and getting land ready for construction. Using highly pressurized water to move or remove ground, hydrovac provides a safe way to excavate land, uncover what is underground, and prepare the land for a new project. NG Hydrovac offers a full suite of services that focuses on safety, quality, and service. With years of experience and quality tools and employees, we are the top choice for hydrovac services in Northern Colorado.

Instead of digging through the earth and risking hitting things buried underground or spending lots of time before the start of a project, hydrovac allows for excavation that tends to be faster, safer, and more effective than other methods. The time it takes to spray pressurized water on the ground and remove the earth is much shorter than using manual diggers to remove the earth.

Our hydrovac excavation services include potholing, which exposes utility lines safely and quickly. By using water instead of other diggers to remove the earth, potholing removes the risk of accidentally hitting a utility line and causing damage. Potholing is often done for repairs or during construction projects and allows faster progress to be made, which helps the entire project stay on schedule.

Our excavation teams are also experienced with slot trenching, often to install pipes or cables. Using the hydrovac process for slot trenching allows for a more precise trench and for the project to be completed quickly and safely. Hydrovac slot trenching also doesn’t damage the land or buildings around the trench, which removes much of the risk.

Hydrovac excavation can also be used for daylighting, which exposes pipes or utility lines to daylight by removing the dirt and debris around them with pressurized water. Hydrovac daylighting works with a wide variety of surfaces, including dirt, clay, and frozen ground. Our experienced hydrovac daylighting teams can work in all conditions to expose utility lines safely and efficiently. 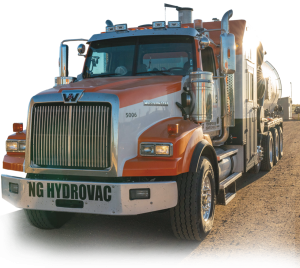 Hydrovac processes are also incredibly effective for removing materials at all stages of the construction process. Our experienced teams perform hydrovac tank cleaning on a number of tanks, including fuel storage tanks and frac tanks. Using pressurized water to remove the dirt and debris, our processes not only remove the material but also clean the tank in a safe manner. Our powerful machines can remove solid or liquid materials and will leave the tank fresh and renewed.

Hydrovac site remediation cleans an area and removes all kinds of debris, sludge, and soil. Our precise processes ensure the site is cleaned in the right manner and that the materials are properly removed. NG’s experienced teams also perform hydrovac bore pit assistance, or removing dirt and debris to create a bore pit for pipes or other utility lines. Using hydrovac in this process moves the boring project along and creates a clean and proper pit for the next steps of the project.

Our versatile hydrovac services can also be used to clean and maintain rail cars. The fully mobile service comes to wherever the rail car is located to clean it for scrap or to return the lease. Hydrovac can also remove dirt and debris from a rail car to make it safe for entry for future use.

Hydrovac rail car services can be used on a variety of types of cars, including tank cars, hopper cars, and gondola cars. The pressurized water can be used on both the interior and exterior of the cars to remove graffiti and other wear and tear. Compared to other methods of cleaning and maintaining rail cars, hydrovac services are by far the fastest and most effective. Manual cleaning methods can be lengthy and mundane, but hydrovac allows the cars to be cleaned and on their way in an efficient manner.

The experience at NG Companies in large-scale hydrovac services sets us apart from the competition. From excavation to materials removal and rail car services, there’s no better choice for Northern Colorado hydrovac services. Contact us today to learn how we can help with your large-scale project.

Ready to hire NG Companies for your hydro excavation project?

Hydro excavation is a popular option across Northern Colorado to prepare land for construction or development. Most people are familiar with traditional excavation methods and don’t fully realize the many benefits of hydro excavation. Here are some commonly asked questions to help you understand the value of the process and how it can potentially help with your future projects.

What is hydro excavation?

Yes. Although there are always risks involved with any type of excavation, hydrovac tends to be much safer than traditional excavation methods. Hydro excavation is safer for the construction teams because they don’t have the risk of working with heavy machinery. Even the most experienced and careful teams can still face accidents with large excavation machines. Hydrovac systems are much more manageable and safer because they don’t have sharp edges or dangerous pieces.

Hydro excavation also creates a safer environment for neighbors, including residents and businesses that are close to the excavation project. Traditional excavation could hit a pipe or cause other damage to the neighborhood, but hydro excavation can easily work around pipes and poses much less of a threat to the surrounding area. Controlled excavating also protects any buildings in the area from crumbling.

What are the benefits of hydro excavation?

One of the biggest benefits of hydro excavation is that it is non-destructive digging that can often go as deep as 70 feet. Hydrovac also tends to be much faster because it doesn’t involve removing the dirt from the earth, putting it somewhere, and then having to move the dirt away. The dirt is instantly sucked up into an empty tanker and can be taken away, which speeds up the process and removes much of the mess. The time it takes to hydrovac is much less than the time it takes to manually dig out the earth with traditional excavation machines.

Hydro excavation also works on a variety of surfaces, including dirt, clay, and frozen ground. Typically, harder surfaces like frozen ground are difficult to excavate manually, which increases the risk and time involved. This is a great benefit in areas of Colorado, where the ground can be frozen for a good part of the winter. Projects in Fort Collins and Greeley won’t get delayed because of weather when using a hydrovac system. Pressurized water can cut through nearly any material, so hydro excavation doesn’t have nearly as many limits as traditional excavation. 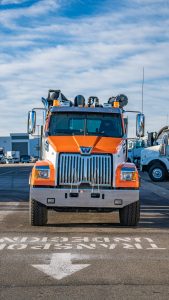 When can hydro excavation be used?

Another common use for hydro excavation is to create trenches for pipes and cables. It would take much longer to manually dig the trenches, but it can be done quickly and safely with a hydrovac system.

Hydro excavation is also commonly used to remove debris, drill slots for poles, and excavate in areas that are very tight and don’t have room for traditional excavation machines. Hydro excavation can be used for nearly any project.

The exact cost of hydro excavation varies depending on the size of the project, its location, and a number of other factors. However, hydro excavation tends to be less expensive than traditional excavation because it requires fewer workers and doesn’t take as much time. Traditional excavation methods can require multiple people working machinery over multiple days, but a hydrovac system only needs a few people and can finish a project much more quickly, which can greatly lower costs.

Hydro excavation is a safer, faster, and more precise option for excavation. No matter the type of project, consider the benefits hiring a professional construction company like NG Companies that offers hydrovac services.